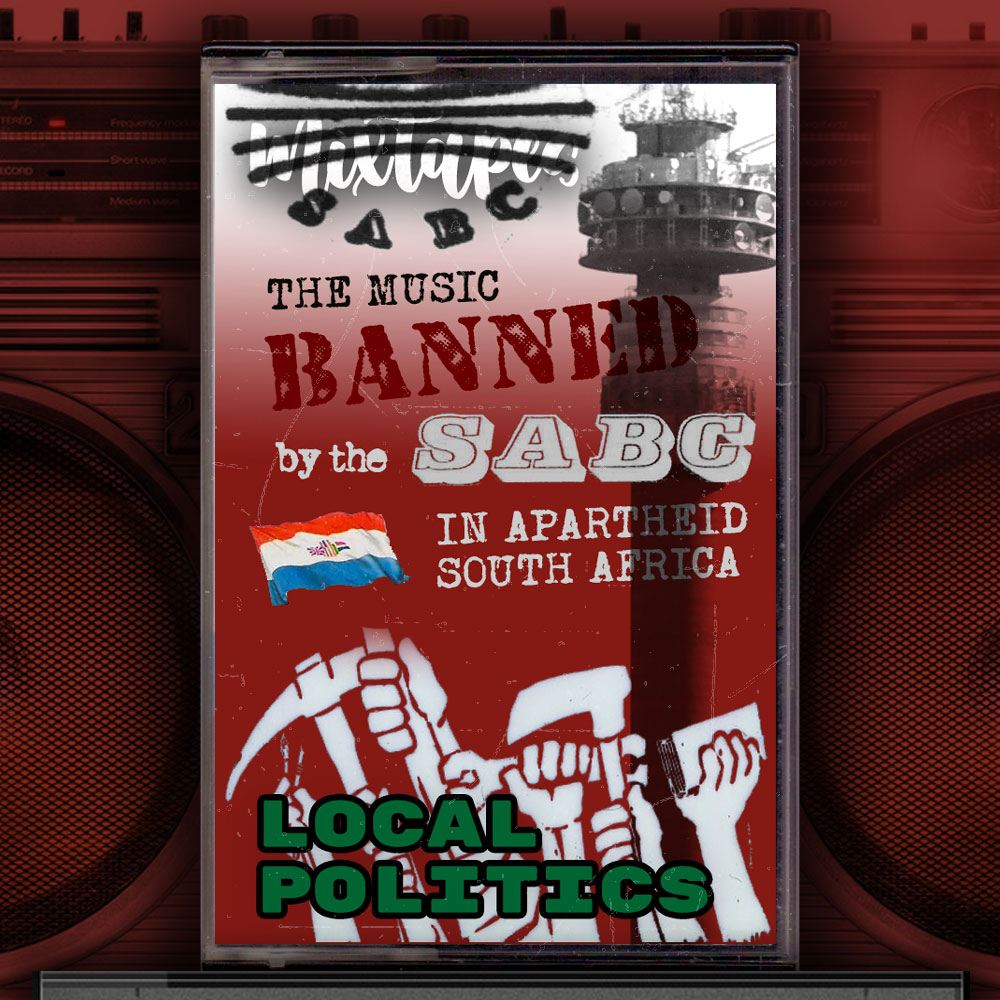 The SABC was a central component of the apartheid government’s propaganda machine, bombarding South African citizens with entertainment and information which either promoted the government’s ideology or at the very least did not overtly oppose it. The SABC censorship committee was therefore following a very clear mandate when it prohibited any music which in some way or another opposed the government’s apartheid system.

These are just a few of the thousands of songs which fell foul of the SABC’s political censorship but nevertheless capture a cross section of the issues political songs dealt with: calling for political freedom in South Africa generally as well as the freedom of political prisoners in particular (for example Nelson Mandela), calling for justice, drawing attention to atrocities such as political detention and apartheid policing in support of unjust laws, and protesting against politicians (such as PW Botha).

A previous mixtape focused on political songs banned outright (for retail and import) by the Directorate of Publications and all songs featured on that mixtape were also necessarily banned from airplay on the SABC. They have been left out here to avoid repetition but that mixtape is recommended as an essential companion to this one.

2 Replies to “Censorship – No Anti-Apartheid Sentiment On The SABC”