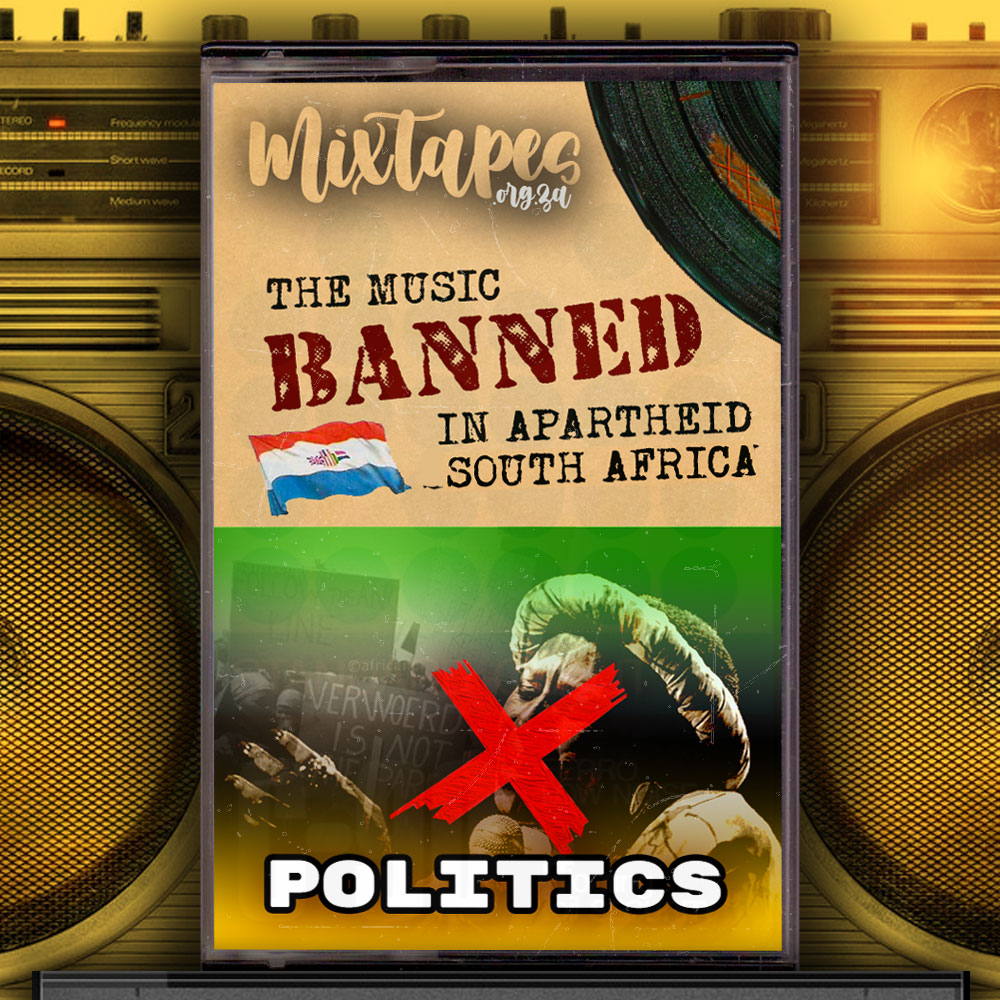 Despite all its attempts to silence music about sex, drugs and religion, the Directorate of Publications was most famous for its political censorship. Clearly, the main reason for its existence was to support the apartheid regime, so it was no surprise that it acted incisively when music of a contentious political nature came before its scrutiny.

One of the most notorious cases was Pink Floyd’s “Another Brick In The Wall” which was originally submitted to the Directorate by a religious student group at the Pretoria Teaching College, who were alarmed at the popularity of the song (and accompanying album) with its rebellious lyrics, which they believed would cultivate “an environment for communism”. The Directorate agreed, but also observed that it had become a rallying song for school children protesting apartheid education. The single had already sold over 70 000 copies nationally, and had reached the top of the charts on SABC’s Springbok Radio and Radio 5, as well as on Capital Radio. Yet the Directorate banned it anyway and the Publications Appeal Board upheld the ban, which lasted until 1982. Other internationally well-known examples of banned songs included singles which championed anti-apartheid leaders, Peter Gabriel’s “Biko”, and the Special AKA’s “(Free) Nelson Mandela”.

Several songs by South Africans which openly opposed apartheid were also banned. A cross-section of these have been included on this mixtape, including: “Beware Verwoerd” – Harry Belafonte and Miriam Makeba, “Nongonqo” – Harry Belafonte and Letta Mbulu, “Johnny Vorster On The Couch” – Barry Gilder, “Ngeke, Ngeke, Ngeke” – Abdullah Ibrahim and others, “All For One” – Jabula, “Thabane” – Roger Lucey, Miriam Makeba’s version of Jeremy Taylor’s “A Piece Of Ground” and “Now Is The Time” – Mzwakhe Mbuli.

The Directorate also banned songs and albums which espoused liberation struggles in neighbouring countries. On this mixtape examples of this come in the form of Bob Marley and the Wailers’ “Zimbabwe”, Zimbabwe’s Jairos Jiri Sunrise Kwela Band whose “Take cover” promoted the cause of Zimbabwean guerrilla freedom fighters, including a guitar approximating the sounds of a machine gun, and the SWAPO Singers’ “The Wind Of Change”, a song which later became better known in the United Kingdom when Robert Wyatt released a collaborative version adding his own vocals.

The Directorate were also wary of songs which supported liberation struggles in general, lest the message be incorporated into the South African context. Thus it also banned songs such as Black Uhuru’s “Solidarity”, Discharge’s “Tomorrow Belongs To Us” and from the early 1960s, Pete Seeger’s pro USA civil rights anthem, “We Shall Overcome”.

In several instances entire albums were banned because of one or more songs on the albums. Of the above, these included Live… – Harry Belafonte, An Evening With – Harry Belafonte and Miriam Makeba, Black Uhuru’s Anthem, Jimmy Cliff’s Give The People What They Want, Follow Fashion Monkeys – Follow Fashion Monkeys, Peter Gabriel’s 3rd solo album, Barry Gilder’s Fists Against The Sky, Liberation Freedom Songs – Abdullah Ibrahim and others, In Amsterdam – Jabula, Roger Lucey’s The Road Is Much Longer, Miriam Makeba’s Pata Pata, Mzwakhe Mbuli’s Change Is Pain, Bob Marley and the Wailers’ Survival, Pink Floyd’s The Wall, Prince Far I’s Umkhanto We Sizwe, We Shall Overcome – Pete Seeger, One Namibia One Nation – SWAPO Singers, Equal Rights – Peter Tosh and UB40’s Rat In The Kitchen.

The most unusual of the instances of political music being banned was the case of Barry Gilder’s album, which wasn’t banned by name because when the police confiscated a bootleg copy of the cassette during a raid on the UCT SRC offices in June 1978, it was not marked in any way, other than the name of the company who made the cassette. The cassette was banned after a laborious process whereby a member of the South African Police Security Branch (Officer R.R Brand) transcribed the entire cassette and then listed the songs according to their first lines, such as “I’m a great politician”, “In the factories of Johannesburg” and “Fidel Castro’s in the mountains”. The Directorate of Publications concluded that “The incitement through the spoken word and catchy tunes, and the fact that such a cassette can be used for group meetings of activists and radicals, make it necessary to prohibit the possession of the cassette … In addition, many of the songs are radically undesirable.”