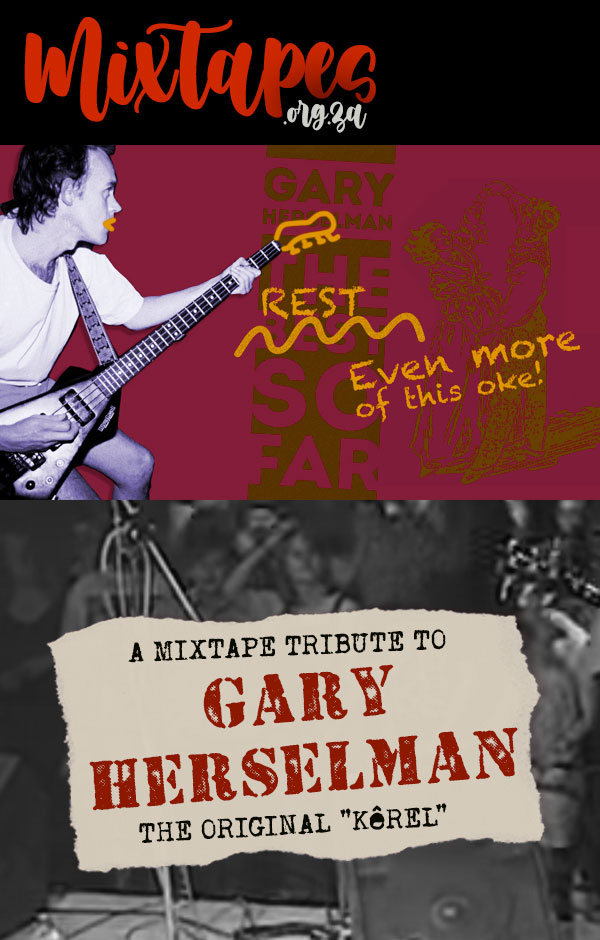 It has recently come to our attention that notorious (only in the best way) shorts-sporting Kêrels frontman Gary Herselman (AKA Piet Pers of the Gereformeerde Blues Band) has fallen on hard times, within already hard times for him, within what are, as I’m sure you are aware, hard times for everyone. To help Gary out, we have organised a Back-a-Buddy campaign and are working on a compilation album of his best tunes (https://shiftyrecords.bandcamp.com/releases), as well as a few other treats for fans. Visit https://www.backabuddy.co.za/gary-herselman to lend your support .

Gary Herselman is best known for his band The Kêrels, but prior to forming the Kêrels he began his career in the music industry by forming various bands while at school before getting a long-standing job at Hillbrow Records in 1980 and during that time playing in the band Hard Lines (contemporaries of The Asylum Kids) and then the Kêrels. Like many musicians of that time they ended up playing at Jamesons and, also like several musicians of that time, were signed by Shifty Records. In 1988 they recorded the album Ek sê. As Gary remembered:

“Lloyd … came up to me after one gig at the Jameson’s and said ‘look I want to record your band.’ And it took me about eight months to accept that this guy was actually serious, you know, I thought he just was pulling my leg! But eventually I accepted that he was serious and went and make the record.”

The album did not sell very many copies but gained a cult following. Not long after that the Kêrels broke up but a second phase of the group formed in the 1990s and they released a second album, Chrome Sweet Chrome (1995) which met with a similar fate to the first album. meanwhile Gary had formed his own record company, Tic Tic Bang, recording some South African music and distributing both their own and other independent artists as well as licensing overseas music.

Musically, from 1989 until the late 1990s, Gary was involved in other projects, such as being a member of Johannes Kerkorrel’s Gerefomeerde Blues Band for the Eet Kreef (1989) album and on the Voëlvry tour, playing on the Koos Kombuis Niemandsland (1989) album and on the Radio Rats Big Beat (1990) album and also playing with the Radio Rats around the same time. In 1997 the Kêrels played on two tracks on Matthew van der Want’s debut album, Turn on You (1997) and also periodically backed him on stage.

Gary has always been supportive of other musicians and worked with the likes of Matthew van der Want, Jo Edwards and Sue Charlton in recording music in the late 90s/early 2000s period. For Gary, music wasn’t just a serious business, it was a creative calling and fun. Matthew van der Want remembered he and Gary recording the satirical song “The Worst Song in the World … Ever! (Battle of the Bads)”, about a terrible Battle of the Bands competition, where the musicians played their instruments badly:

“It’s supposed to be a dig at crap SA bands: ‘It’s Friday night at half past ten the band’s about to start. Everyone who’s nobody is loitering at the bar. The singer is a looker, she’s invested in her clothes. Isn’t there a law against lyrics like those?’ and behind the vocals, there’s this drummer who keeps playing on the wrong beat and a bass player who is intent on making the song go in another direction. I did the music with Gary Herselman and we were in hysterics while we were doing it.”

Gary’s life has always centred around music and he has been most satisfied when able to make music and make a living from music. Back in 1998 he commented:

“In my books I’ve been successful already. I’ve managed to do exactly what I’ve wanted to do. The music was absolutely without compromise, and there was a sector of the population that accepted it, that really loved it. There was a kind of a feeling that I had there that you either really loved it or you really hated it. So I think that the success in the first time that the Kêrels played was just in making the album. That was the success. I never wanted to be on the cover of Billboard or to change the world or you know … I just wanted to maybe change a few people’s minds and have a bit of a laugh along the way … to me I think the success is in having not made a compromise in that I don’t have to take a job at the OK Bazaars and I’m still working in music and I can record the music that I like.”

Since the demise of the Kêrels and Tic Tic Bang, Gary has battled on, working with other musicians, including co-producing (with Matthew van der Want) the tribute to Koos Kombuis Kombuis Musiek compilation album and periodically putting out his own music, including the highly acclaimed Die Lemme’s Rigtingbefok (2014) album in which he collaborated with several South African musicians and House For Sale (2018).

This mixtape is our attempt to celebrate Gary’s contribution to South African music. From his own work with the Kêrels, as a solo artist, and with Die Lemme to his output as part of Die Gereformeerde Blues Band and the Radio Rats and his collaborations with South African musicians Matthew van der Want, Sue Charlton, Q-Zoo and Jo Edwards. Whatever he has done, ultimately Gary has always played his music on the outskirts of the music industry, and having a hellova time while doing it. As Gary noted:

“musicians … going down, getting their own together with the help of no corporates or no major companies were behind things like the Voëlvry tour. It was an Indie like Shifty who understood what was going on. And it was in fact a case of that: that you just actually took the microphone for yourself rose up and took … the small man rose up and took a slice of the boerewors!” 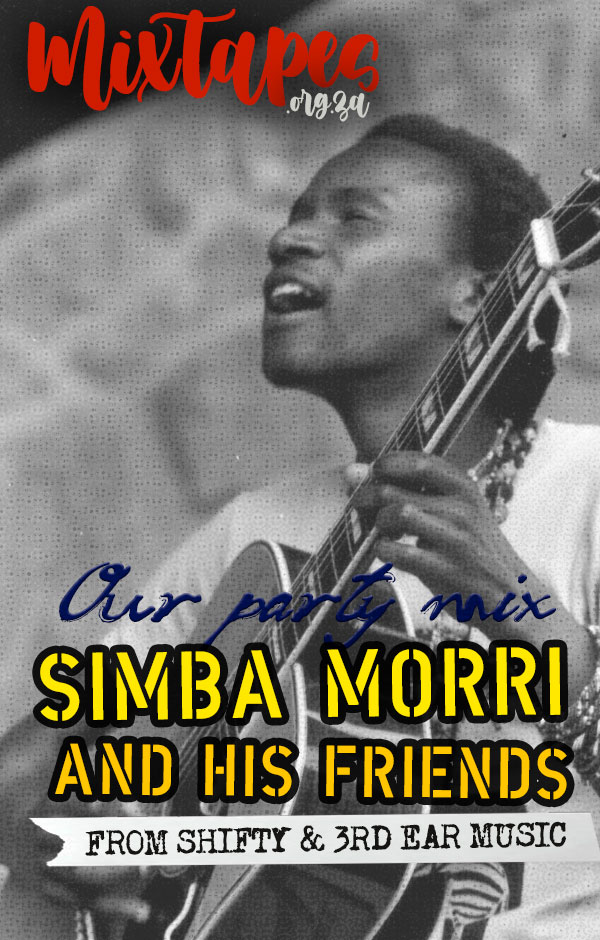