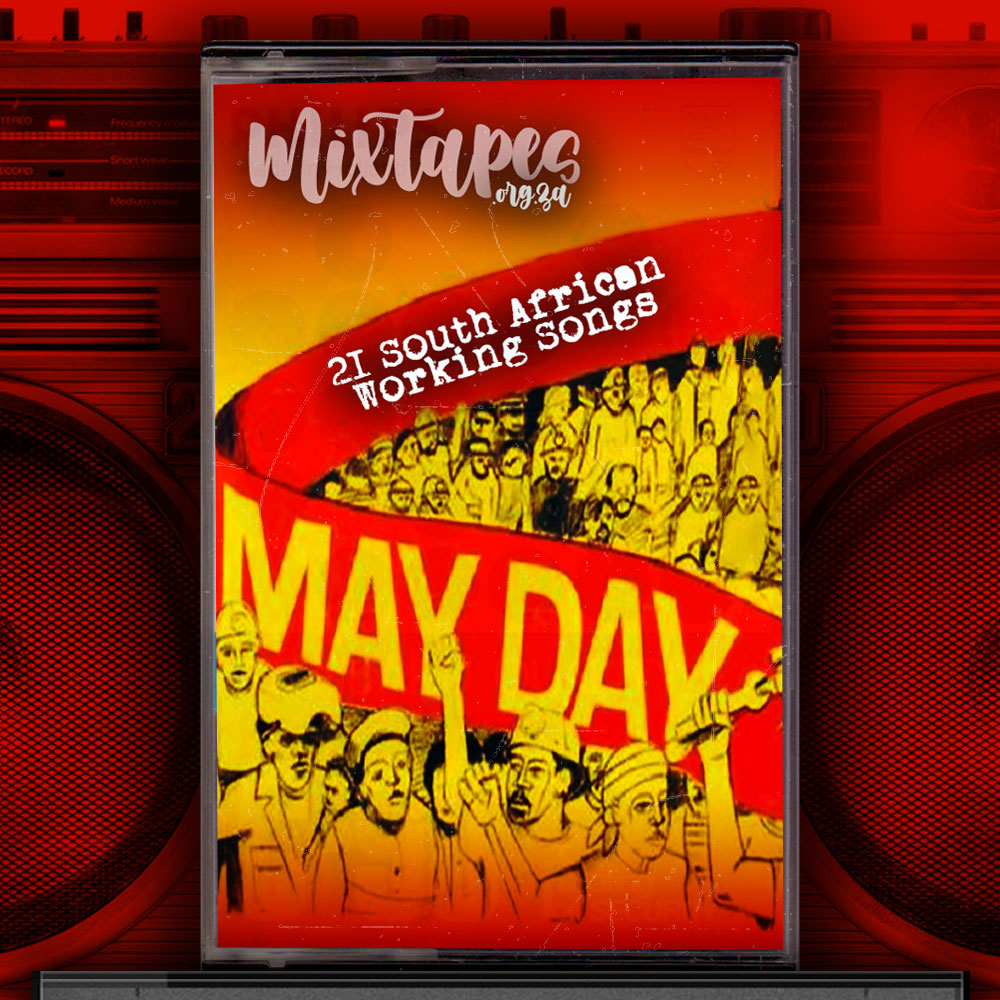 The first day of May was chosen as International Workers’ Day in 1889, initially to commemorate the deaths of workers in Chicago who had been protesting for an eight-hour working day. Since then it has taken on much broader significance, with a continuing focus on workers’ rights and ongoing contests over those rights.

This mixtape does not so much celebrate May Day as it does contemplate the situation of the working class in South Africa in particular. Almost everything we do, from driving along a road to eating our next meal, watching tv, and communicating on our mobile phones, is possible because of the labour of workers. These products we use are especially affordable because workers are paid less than their labour is worth. South Africa is among the most unequal societies in the world, which, apart from the greed of the wealthy, is in part because workers are generally paid poorly, a situation which is exacerbated by what Juluka (in “Work For All”) refer to as the “jobless army at my door”. The millions of unemployed in South Africa push down the wages of those who do work, just because of their availability to take the jobs of those who are employed. Thus there are many members of the working class who, as Freshlyground sing (in “Working Class”) “have got no work”. As simply expressed by Bayete, there is often “No Work” for members of the working class. This situation is captured in “Zabalaza” by Thandiswa Mazwai, who describes the desperation of an unemployed mother: “I rise early in the morning; To stand at street corners; With my child on my back; Asking for money.”
A compilation of South African songs about work of necessity includes songs about migrant labour, which was a core aspect of the creation of a black working class in South Africa. Under colonialism, many black people were forced off the land into a migrant labour system which in many ways came to define the racial segregation system which eventually became formalised as apartheid. Hugh Masekela’s “Stimela” is about the trains which came from neighbouring countries, bringing foreign workers to the South African mines, while Sipho Mchunu’s “Jomane” is about the hostel life to which migrant workers were subjected once they reached their places of employment. In this case, Mchunu refers to workers at a hostel in Dube. Amampondo’s “Apha-Egoli” is about labourers in Johannesburg, many of them presumably there as migrant workers. “Gumboot Dance” by Zim Ngqawana recalls the central part which gumboot dancing has played as a recreational activity for mineworkers. The dance is rooted in traditional South African culture, and, was, and still is, tourism spectacles aside, a therapeutic form of unleashing deep-seated frustration and anger at the terrible conditions under which migrant workers live and work.

“Miner Man” by Babsy Mlangeni and Des Lindberg’s “Mountains Of Men” (written by David Marks when he was working on the mines) focus on the miners themselves. The former tells the story of a migrant worker working on the mines in South Africa, and documents the difficult conditions under which he has to work. The latter song considers that the mine dumps scattered around Johannesburg (in the 1960s, when Marks wrote the song) were not simply made of mined ore brought up to the surface, but were symbolically mountains of men who sacrificed their lives and health for mining profits: “Men slaved and died just to build us a dream; Those men in the mines they worked the earth’s crust; So these mountains are priceless, all be they of dust.”

In the 1980s Shifty Records recorded and released songs by trade union singing groups, and this vital archival project allows us to include some worker songs which would otherwise not have been recorded. Here we have included “Mooi River Textiles” by workers at Mooi River Textiles, two Federation of South African Trade Unions celebratory songs: “ Ke FOSATU” by the Brits Metal and Allied Workers Union, and “Siyabonga FOSATU” by the K-Team, and “Hlanganani” by DTMB, in which the union singers remind workers that there is strength in unity.

In contrast to the mostly black anti-apartheid aligned trade unions there were also racist whites only trade unions, protecting the interests of white workers against those of black workers. Corporal Punishment’s “Brain Damage” is a sardonic song about Arrie Paulus, the leader of the all-white Mineworkers Union. Paulus was well known for spewing racist comments about black South Africans, something with which Corporal Punishment take issue in the song.

Steve Kekana’s “Working Man”, Sipho Gumede’s “Working Man”, and Johnny Mbizo Dyani’s instrumental “Song For Workers” are tributes to workers in general. While Davy James and David Kramer wrote songs in which they explore the idea of work and unemployment respectively, through characters in their songs. Davy James, who drove a bulldozer for a living and was a singer songwriter in his spare time, wrote “Ballad Of A Working Man” about the life of the traditional working man: “Wake up in the morning, put my boots on; Start yawning, I got work to do.” In “Dawid Ryk” David Kramer explores the personal dynamics of a poverty-stricken character who finds himself unemployed, battling to provide for his wife and children.

“Woza Friday” by Johnny Clegg and Sipho Mchunu (in their pre-Juluka days) is a different sort of protest song against the hardship of working life. It is a celebratory love song to the weekend: “Come, come Friday my darling, come, come, Friday my sweetie”.

And as we approach this May Day long weekend in South Africa, we do so with the contribution of workers in mind, both past and present, and the terrible sacrifices they have had to make, and ongoing hardships they have had to endure. 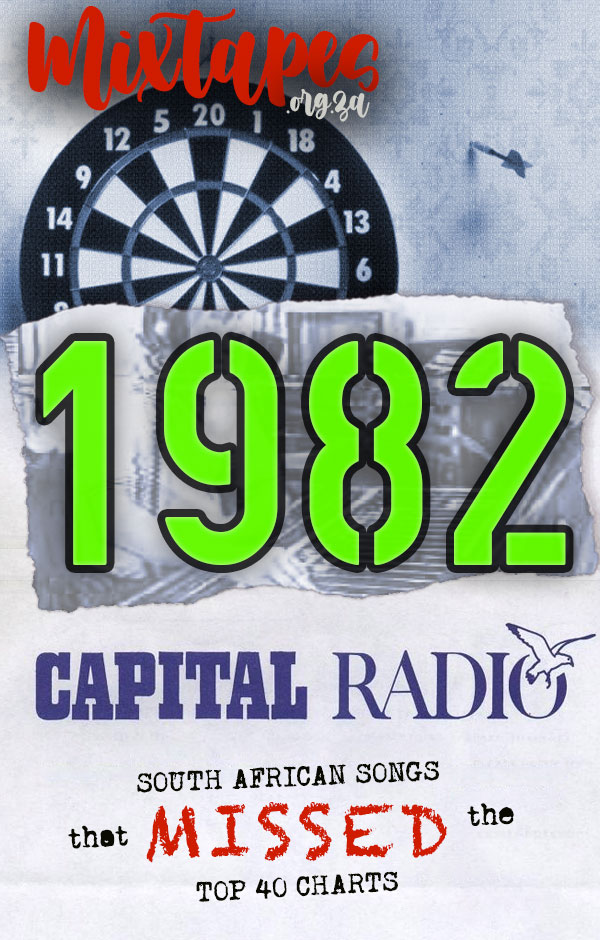 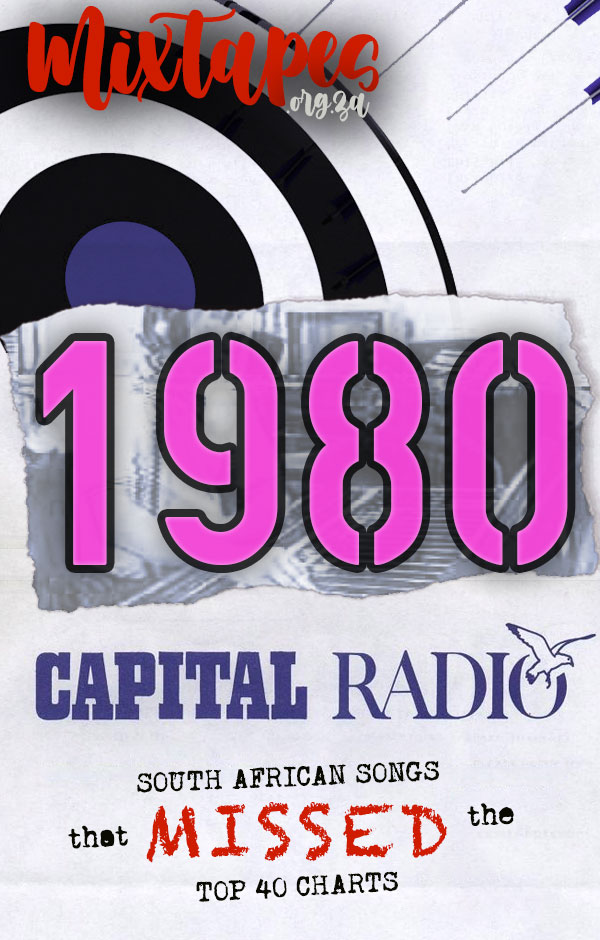