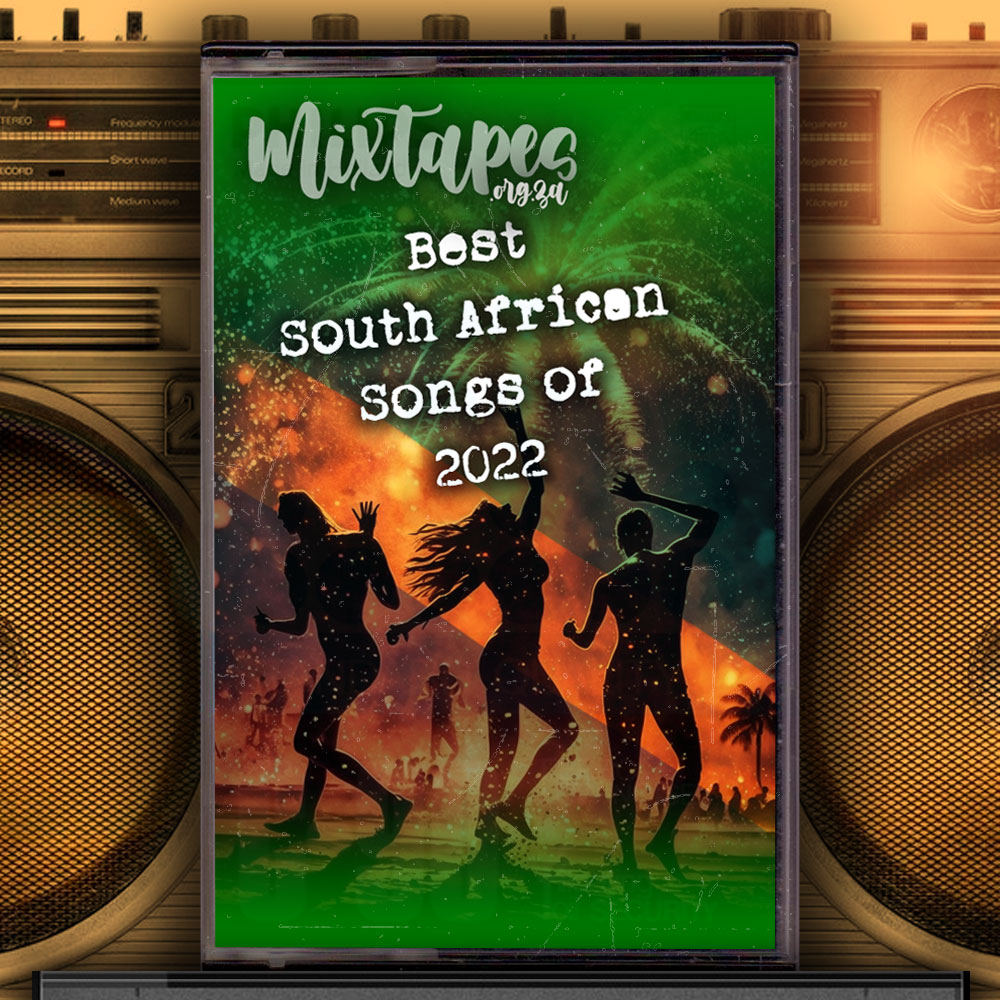 At the beginning of each year we reflect on what we think were the best South African songs of the previous year. 2022 was another good year for South African music, with a healthy array of new music released. We are highlighting 24 songs which we think everyone should listen to.

Once again there were several new releases from veteran South African musicians. Ivan Kadey from late ’70s-early ’80s band National Wake, is back with a new band (IKD Band) and album, Edge of Time, from which we feature the title track. The album marks a shift from the more intense reggae-punk influenced music of yonder years towards a more subtle introspection. Robin Auld is another veteran South African singer with early roots in the SA punk-ska scene (with the Lancaster Band) who is still releasing new music. Auld has released solo albums for four decades now, and his latest, The Everlovin’ Wind is excellent. “About A Boy” is an upbeat track that implores you to get up and boogie.

There are several musicians who have more recently become veterans or are veterans-in-the-making (we are not quite sure at what point a musician becomes a veteran). Fuzigish have made a welcome return with a self-titled album, with the track “Believer” reminding us what a good ska-jol band they are. Also back with new releases are: Laurie Levine, the song “Dunes” is the title track of her EP; Nakhane, with the EP, Leading Lines, from which we feature “My Ma Was Good”; and Anna Wolf with the EP, Romance Was Born, from which we have taken “Heaven Breathes”. Zolani Mohala of Freshlyground released the single “Wawandithembisile”, a track featuring Kenza & Sun El Musician. “Snake Oil City” is taken from Dan Patlansky’s Shelter Of Bones album, which has been receiving good reviews far and wide. Lucy Kruger & the Lost Boys were back with the third of their trilogy of albums, release in consecutive years. “Risk” is taken from Teen Tapes (For Performing Your Own Stunts), yet another exceptional album. We have also included a single by Dope St Jude, “You’re Gonna Make It”.

The Kongos, like several of the musicians on this mixtape, are now based overseas (they are in the USA), and “Speak Free” is taken from their album 1929, Part 3. The London-based Soap Girls released the album In My Skin, which opens with the high-energy punkish “Breathe”, the track we have included here. “Malele” is taken from Montparnasse Musique’s self-titled EP, released by Real World Records.

Mongrel Records is an exciting newish South African label who have produced a steady flow of releases over the past few years. 2022 was a continuation of that. Apart from the aforementioned Fuzigish album, there were new releases (featured here) from Evert Snyman & the Aviary, the Pruning In The Dark album from which we have chosen “I Never Listen When You Speak”, and a few singles, including “Dead Flowers” by the Filthy Hippies, and “The Veneer” by A Million Ways To Die, a project of former No Friends of Harry band members, Rob McLennan and Dace de Vetta.

This mixtape also features some notable single releases by artists who are fairly new on the music scene: “Blacksnake Blues” by All Them Witches, “Triomf” by The Great Yawn, and “Polar Operational Environmental Satellite” by We Kill Cowboys.

There are also several songs from artists with first time official releases in 2022: Australian-based Ruby Gill’s debut album, I Forgot To Be Profound Today, is more than well worth listening to. We have included the title track. Vietnam-based Madele’ Vermaak released her debut EP, A Pocket Full Of Stones, from which we have selected “Love Breaks Time”. There were noteworthy single releases from by West Coast Wolves, (“Factory Of Bones”), Lokaly (“Breathing”), and East London band, Can Of Worms (“Pillow”). We look forward to more music from these artists in the next year or so.

Once again, we hope you enjoy most, if not all, these songs, and that you end up exploring details about the various musicians and their music. There are several 2022 albums and Eps we think are worth buying, or streaming, and we hope you do! Also look out for live performances, these artists rely on your support! 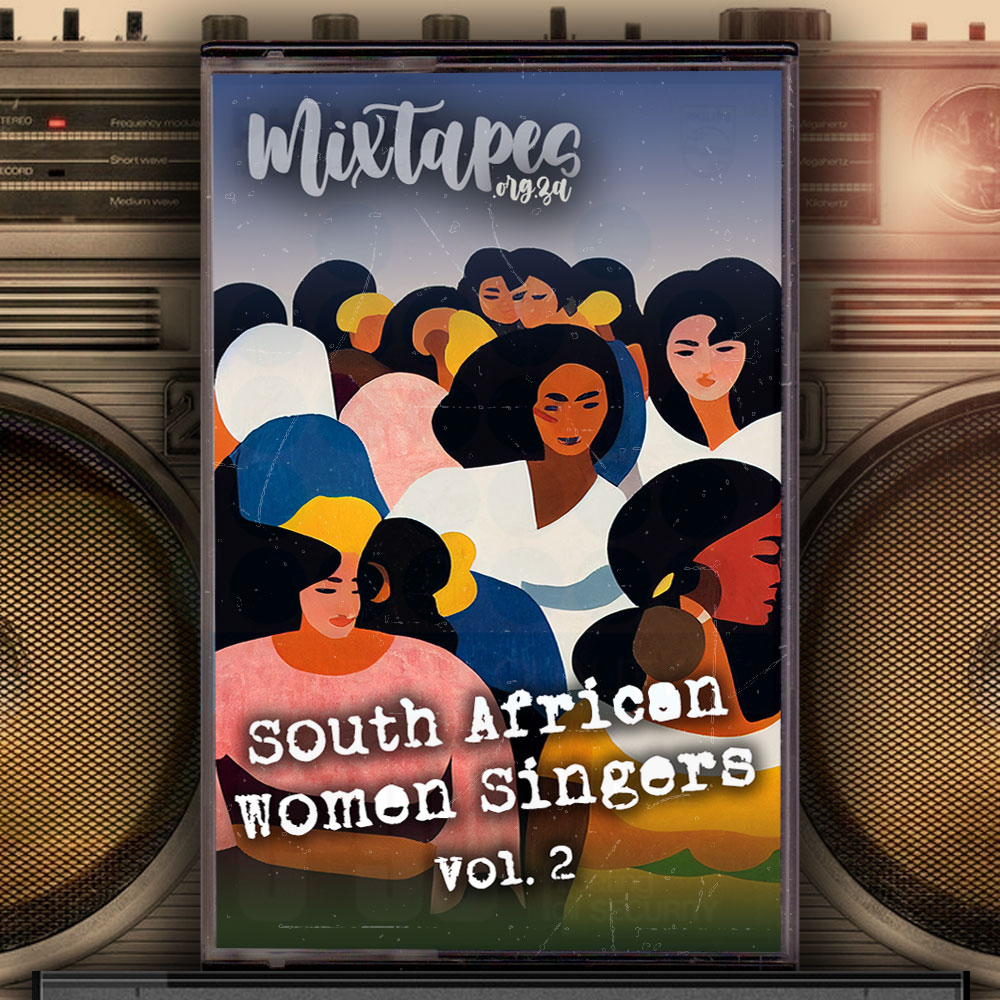 In our previous mixtape we featured twenty South African women singers and we acknowledged that there were too many noteworthy women singers to restrict to one mixtape, so we promised a second one. The intention was to feature another twenty women singers but that task proved too challenging, and so we have ended up with 22 songs this time around. And yet there are many more South African women singers who undoubtedly should have been included. But we are pleased that we have been able to showcase such an amazing variety of singers and hope that you enjoy listening to the selected songs.

Once again we have featured singers all the way from the 1950s and ’60s through to people who have appeared on the scene fairly recently. The earliest recordings included here are Dolly Rathebe’s “Unomeva (Isileyi Sam)”, Dorothy Masuka’s “Zoo Lake”, Sharon Tandy’s “Hold On” and Tandi Klaasen’s “Love Is What I Need Today”.

From the 1980s we include Joy’s “Paradise Road”, Mara Louw’s cover of “Take Me To The River”, Sue Charlton – of the Insisters – singing “Bluebeat”, Cindy Alter – of Zia – singing “Nobody Loves You (Like I do)”, Yvonne Chaka Chaka’s “Thank You Mr DJ” and Rebecca Malope’s “Cheated”.

Into the 21st century we have “Ntjilo Ntjilo” by Gloria Bosman, “Zabalaza” by Thadiswa Mazwai and “Gimme The Music” by Unathi, all from the noughties, and more recent releases include “Isesheli” by Mandisa Dlanga (perhaps best known as a backing vocalist in Johnny Clegg’s band), “Marikana” by Lalitha, “Half Of A Woman” by Lucy Kruger & the Lost Boys, “Stay” by Adelle Nqeto, and the most recent release, “I Forgot To Be Profound Today” by Ruby Gill.

Once again, there is a wide range of voices and styles to enjoy, so dip into these songs and hopefully you will find several avenues to explore. Also, drop us a line with your recommendations for a third mixtape down the line.