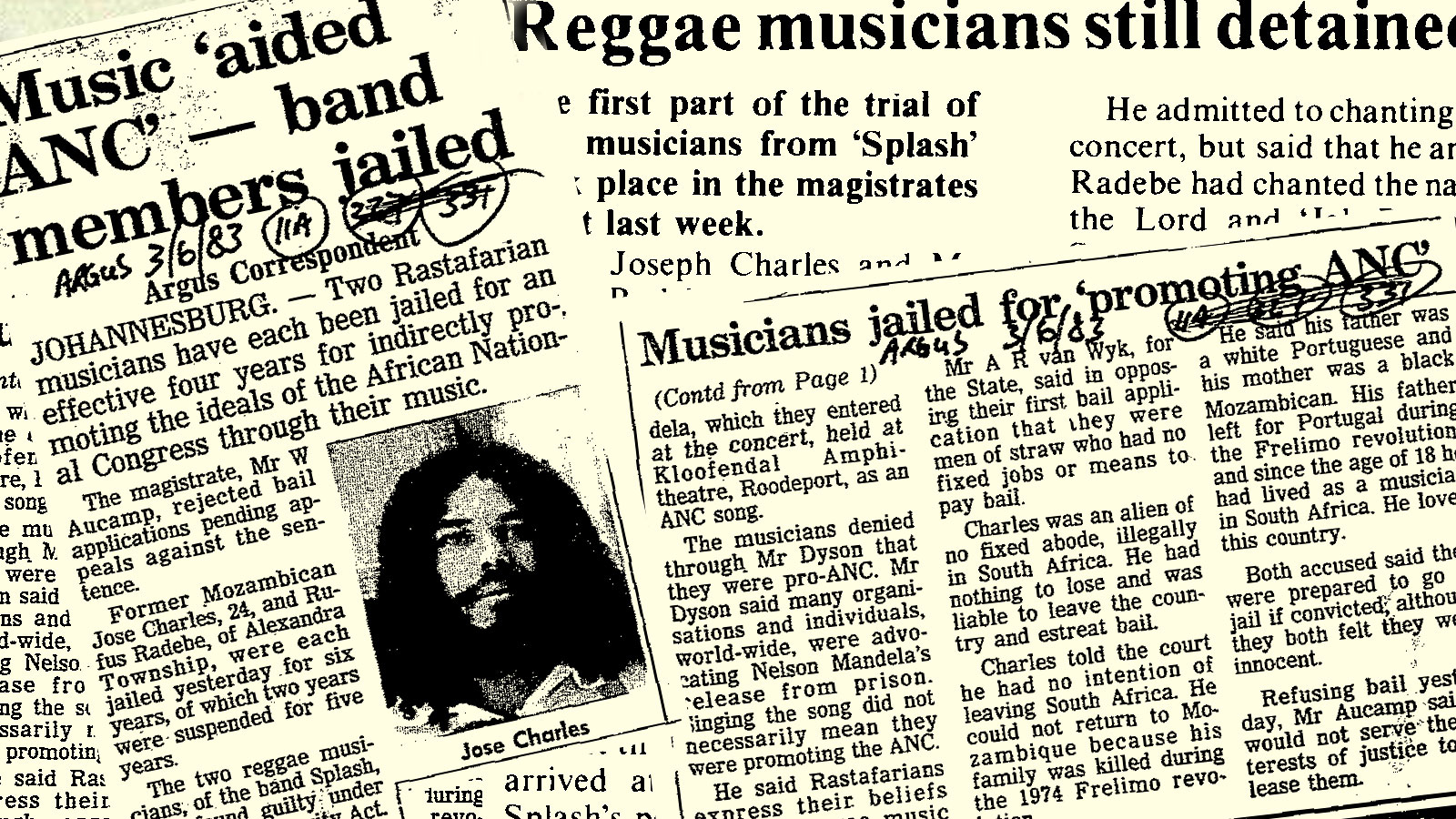 Recorded two songs, “Who say so?” and “He Knows” released on the Regional Jive compilation by Observatory Productions in Cape Town in 1983.

In 1983 two members of the group Splash – Jose Charles and Rufus Radebe – were sentenced to effective four-year prison terms (later reduced to 17 months) for singing ‘revolutionary songs’ at a Wits Free People’s Concert.

One of the songs was a cover of Steel Pulse’s “A Tribute to Martyrs”, which included a reference to Nelson Mandela.